Casting is a process in which molten metal is poured into a mould that contains the intended shape. High pressure die casting (HPDC) is the most common method of Magnesium Die Casting and its alloys.

Magnesium is melted at a temperature of 923K and poured into crucibles where it is cooled under high pressure. The cooled magnesium solidifies and takes the shape of the crucible.

Magnesium has an inflexible hexagonal structure at its basic atomic level which makes it difficult to roll, stretch and shape. HPDC overcomes this limitation by offering an alternative, less difficult and faster method for manipulating
Magnesium.

Magnesium is increasingly used in automotive and airplane manufacturers. This is due to its lightweight per unit volume. Casted Magnesium is also used in the manufacture of lightweight car seats, car bodies, and fuselage parts. The use is attributed to Magnesium is the lightest structural metal which can withstand greater column loading per unit weight.

Magnesium and its alloys are being used to manufacture chassis for appliances such as laptops, cameras, and phones.

Magnesium castings are also used in the manufacture of power tools such as chain saws, electric drills, and electric nail guns. The use of electrical appliances is gaining ground owing to its ability to conduct heat and electricity.

Magnesium casting offers good finishing characteristics as minute details can be impressed onto the final product. High pressure dies casting is more economical compared to other methods of shaping Magnesium. 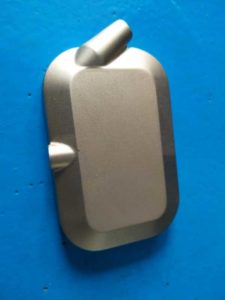 Magnesium and its alloys can be cast into various shapes suited for different uses; Casting into thin walls can be achieved. Since Magnesium saves on weight without reducing durability, Magnesium thin walls are relatively stronger and lighter as compared to other metals of the same volume.

It has been noted that molten Magnesium has reduced affinity to iron thus can be cast in iron crucibles with a reduced risk in the final product acquiring iron impurities.

Casted Magnesium is resistant to corrosion by the elements, most notably, is the reduced susceptibility to Hydrogen porosity.

Due to its very high melting point, melting Magnesium is both dangerous in safety and expensive process. A lot of energy is required to melt the Magnesium thus increasing the cost of production.

Molten Magnesium is more viscous than other metals such as Aluminum. As a result, more pressure is required in the cooling process in an attempt to acquire the intended casting detail since cooling is often done under pressure.

To produce Magnesium die casting has high risk than producing Aluminium die casting, Magnesium is easy to get on fire since the ignition point is very low and it is hard to control this. this is why the cost is more expensive than Aluminum die casting. contact us to know more info.

This site uses Akismet to reduce spam. Learn how your comment data is processed.